From undercover police work to a career in football. Tony Asghar tells his fascinating story and explains what it means to be a sporting director.

Football has always been a part of his DNA. As a young kid, Tony Asghar was a youth player at Glasgow Rangers. However, this career had come to an end when he reached 18 and did not get a new contract. Realising it was time for a new chapter, Tony joined the police service and continued to play football – on a semi-professional level. “Even when I was working at the police, I was still actively involved in football. Along with a very good friend of mine we started our own company organising trips to the UK for youth football teams from Iceland, the US, and other countries,” he explains.

The business grew more, and the company started doing tours for professional teams with Aston Villa and Manchester City among them. After a while, this evolved into player transactions. “My business partner has become a FIFA player agent and his brother happened to be David Moyes who got a manager job at Everton and then at Manchester United. Our network started to become bigger and bigger.”

For 10 years, Mr. Asghar was combining two careers – in police and football – using holidays for negotiations and pre-season tours organisations. “This meant a lot of sacrifices were made. I had a young family at that moment, but my wife was very supportive. Besides, at my police job I was transparent in terms of what I was doing. It was a demanding time but ultimately this allowed me to create work ethics along with the knowledge base.”

To see a bigger picture

Speaking of knowledge, in 2014, ex-detective constable applied to Sport Directorship course at the Manchester Metropolitan University and started a three-year academic journey. By that time, Tony Asghar had already left the police after 20 years of service and wanted his football agency to grow. “That is why I decided to gain this degree. Initially my goal was to get more credibility. Ultimately it has changed the way I am thinking,” he explains. 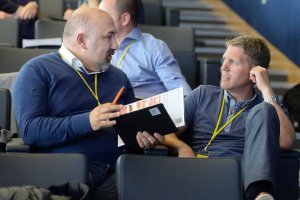 This time is described by Mr. Asghar as one of the most defining in his life. He was surrounded by top-sports people including James de Montfort, the former head of fitness at Formula 1, and Ashley Giles, Managing Director of England Men’s Cricket. “We are still in touch. We share ideas, challenges, and solutions as and when we can,” he says.

“Another reason I was there was to see a bigger picture. If you work in the industry, you become so engaged with your business that you do not have time to reflect. Being in a classroom among these people gave me an opportunity to concentrate on sharing knowledge.”

Dundee United: a new kid in the block

Tony Asghar joined Dundee United in January 2019 after finding an investor to buy the club. Mark Ogren, an American businessman who also owns a baseball and hockey clubs in the US, was interested in investing in soccer. “Before buying, he asked me to prepare a five-years performance and business plan. He believed in this plan, bought Dundee United, and asked me to come forward and carry on the plan,” Mr. Asghar tells the story. A short-term goal of this plan was to get promotion to Scottish Premiership which was achieved last season. Now the club aims to be sustainable and profitable. 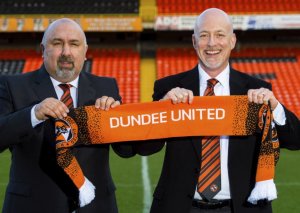 “A lot of people were sceptical about this strategy because they think that football cannot make any money. Here in Dundee we feel that we can increase the revenue in commercial by tapping into international markets. We have started to realise this goal by bringing American, South American players along with a footballer from La Liga. We are also looking to increase our brand awareness in emerging markets like India or the Middle East. We have big plans.”

Dundee United follows the industry trends by looking to e-sport and planning to create an e-sports team. But the fundamental part of profitability is player trading. “We have a very strong academy with 17 years old Lewis Neilson making his debut in the Premiership. Developing players, sell them on profit and then reinvest this profit, being like a factory. That is our plan,” says Mr. Asghar. In January 2020, DUFC sold Scott Banks to Crystal Palace.

Under Tony Asghar, the club were promoted to the Scottish Premiership. This happened in the challenging times with no fans at the stands and great uncertainty about clubs’ income sources amid and after COVID-19. “The pandemic has changed the whole landscape for us. We as the club with the ownership group decided not to ask players or staff to take any cuts. We decided to stay in this together.”

Interestingly, in the times when people cannot come to the games, Dundee United have sold most season tickets in the club’s history.

“We have been open and transparent in our communications with the fans,” explains Mr. Asghar. “Everyone in Dundee is a local supporter. This togetherness culture is perfect here. We have local players who were born in Dundee, they went to school in this city and now they are at the first team.”

The goal for this season is to stay in the league and try to chase Europa League which means to end up on top-five.

Most people think the main responsibility of a sporting director is player recruitment. From Tony Asghar’s perspective, it is crucial to understand people, bring them together and create the best culture within the organisation.

“It is more about constant change. It is about bringing people together, talking to fans, making sure that your manager is not in a dark place after a loss on Saturday night. It is about not sacking this manager if we lose four games in a row. It is about the question – how can we make things better?”

To constantly improve, Tony Asghar and his team have changed the language within DUFC. “For example, we train at University St. Andrews – one of the best facilities you can get in this country. Barcelona, Manchester United, Manchester City have all trained there. It is our high-performance centre, and players realise that they are in a high-performance place.”

The management team also brought a five-star chef in the kitchen and provided a brand-new team bus.  “This is not a lot in terms of a cost, but it changes a mind-set and culture among the players dramatically,” Mr. Asghar explains.

Player recruitment strategies were changed too, with a greater focus on data analytics. “At Dundee we spent money on seven different technologies platforms to understand what was right for us,” reveals Mr. Asghar. “We have created our own platform for internal communications so medical, sport science, coaching, academy can have all the information online. This platform allows us to understand how the young left-back is doing and compare him to the left-back at the first team, and then compare both with the one we want to recruit. Comparable data is huge for me.”

As described by Tony Asghar, ultimate success comes in various ways. It might be to convert DUFC into profitable business or to bring more home-grown players into the first team. “I want to leave Dundee some day with a feeling that I have left legacy, that I have made the club a lot more sustainable.”

Our membership offer, is in line with our core objectives and management model, as such there is no charge for membership for the 2020/2021 season.